Donald Dodger Marindire at September 13, 2015 2015, Ep, Hiphop, IV, Kapital K, Reviews, Zimbabwe, Zimhiphop,
From Harare to Capetown then Miami Kapital K has traveled a lot and one feels every place he has been in his music.Talk about those thumping Cap city beats and lyrical culture,that sing rap thingy which has taken over mainstream American hiphop and even the Harare urge to floss on every record.If Keezy wasn't a renowned storyteller/word smith  this EP would have sounded monotonous with all the booze,ratchets and dough talk but he somehow gets away with it and leaves us vibing to tales from his world. 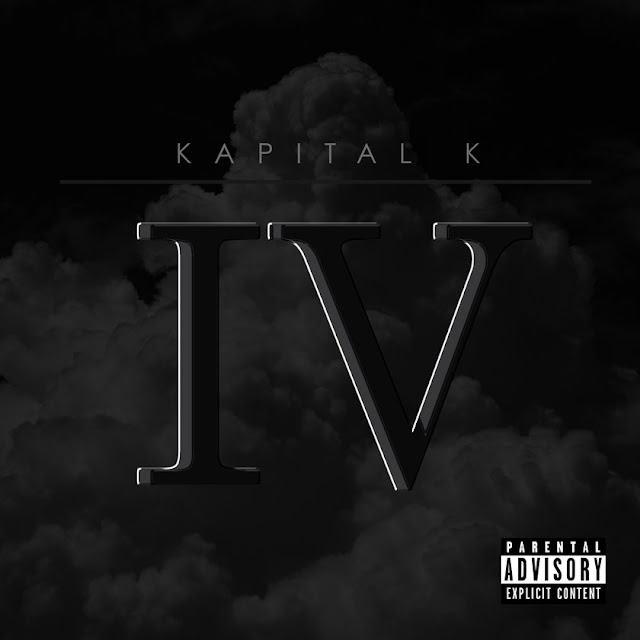 In the Jay Slim assisted,Dough,Kapital was at his best and its still the best track for me on the EP.Its about the chase for guap,changes that came with the chase and changes which ensue from  finally getting it.Its about that girl you thirst after  but she'd rather sell her body than sell hope,all for the Benjamins.Its also about how people around you change for the worst when that money coming in.
"Everbody gonna change when the money come in

Just dont change on me
They go try put me down 6feet on the ground but aint nobody Trayvon me"
Hold your head was previously released as a single but it still gets the club lit now as it did then.The keyword here is suprise,when you have everythang in excess from haters,kush to liqour people cant help but hold their heads in suprise when you pass by.

Overtime and Good over here complement each other like they were written on the same day. I mean after you sweat overtime the ensuing scenery is gonna look good from your end aint it?Inbetween grinding overtime and hitting the club overtime Keezy weaves in some personal pain rapping
"Jesus piece for my Demons" and even touching on how hard it was to finish that Masters degree when all he wanted to do was rap.
2015, Ep, Hiphop, IV, Kapital K, Reviews, Zimbabwe, Zimhiphop