Donald Dodger Marindire at September 05, 2015 2015, Anonzi Xndr, Chris James, KiddActive, Marcques, Reviews, t1wema1, Zimhiphop,
I wasnt too sure about this track at first but a second listen on a standard home theater  proved worth it.The beat by Mclyne is as thumping as they come and the chorus killing Chris James delivered a superb  chorus for the club.Anonzi Xnder did the final mixing and mastering and the quality of the joint was all the better for it. 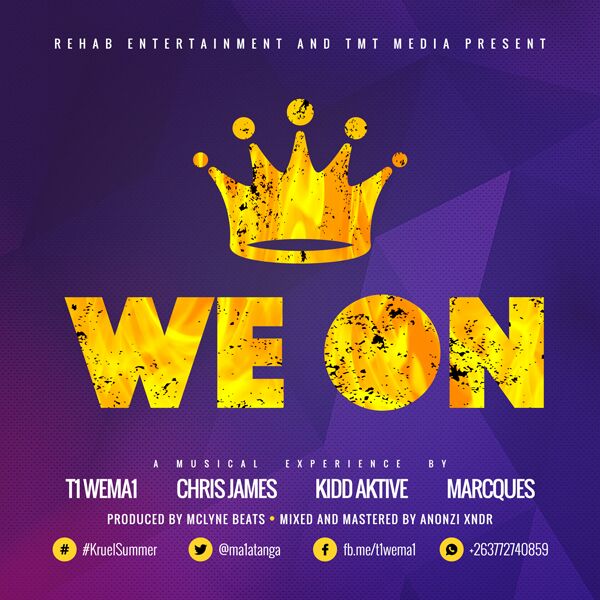 Mr radio friendly T-one was out to prove he can spit metaphors and punchlines with the best of them and he came through with some notable punchlines.He painted a picture of the club complete with drinks,braai,the crew and cougars for  company.Definately his best verse this year.

Trap king,Kid Active was his usual energetic self and its his delivery i enjoyed the most in the song.Like any Kid Active verse sexual innuendos and controversial name drops were tucked into the bars.He champions safety Carex being his brand of choice.He even asks "Tinopona here  pakutoda movie" a sublime shot at the sextape made by Tinopona Katsande.

Marcques continued no chill season as he swerved bar talk and chose to address rappers instead.The zunguza hitmaker lashed out at rappers past and present saying he is nobody's successor since there had never been a king  before his time. Remains to be seen if rapper dudes will take this lying down or if shade season will continue.