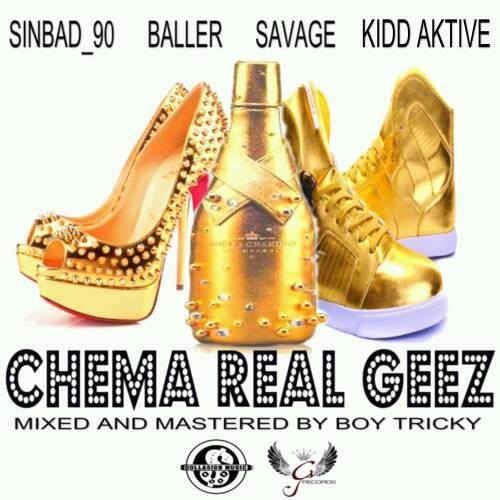 Real Geez is street talk for the type off niggas who stay true to themselves and their origins and refuse to compromise their beliefs or sell their souls for fast guap.Hence it only makes sense that the chorus gives props to real geez while blasting their opposites the wanabees and side chicks.

Savage has the first verse and he paints a typical day in the life of an emcee including a lit bar,illy dj on the decks and iller word smith on the stage.Baller follows suit namedropping Knowledge Musona,Diana Samkange and Kidd Aktive in an entertaining verse that sets out the exact crowd Baller makes his music for.

Sinbad closes the song as only Sinbad can,with gritty bars.He touches on "Gevas"  hood ruffians who despite being jobless and robbing one of his 5 rand busfare,still raise enough chips to play "Bhawa Rangers" and get mad wasted.If street raps are your thing this one is worth adding to your playlist.