Donald Dodger Marindire at October 20, 2015 2015, Bigshots, Ep, Global Records, Kidd Aktive, Reviews, Trap, UnKaged, Zim hip hop,
Kidd Aktive launched his Unkaged EP a while ago at the Basement.The EP picks off were his debut album left us,only this time the "Trap King" is Unkaged.Kidd Aktive knows how to get the club/street going with a fine mix of killer choruses and catchy verses.His beat selection is impeccable as he always chooses beats that suit his style and which can easily be translated into radio or club bangers.Every beat regardless of the producer is booming,be it Boy Tricky,Mclyne,McZee,Xin or Fun F on production  which is what one expects from a trap album anyway. 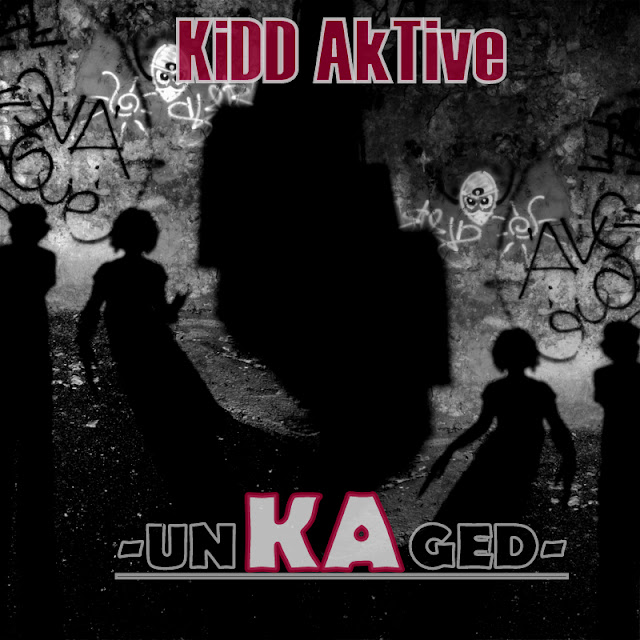 The album opens up with my personal favorite Inzwa Inini.Its Aktive at his deadliest combining nearly flawless delivery with bars on bars plus a bold chorus inviting the listen to give ears to him only while screwing everything else they might have heard.This could well prove to be the project's biggest  single with a radio friendly version reportedly in the works.Its followed by Bai Skelem which has already broken ground on national radio as its already in the Zifm charts.That it features on fire Bulawayo son,Guluva 7,can only earn Aktive more Sky city fans (talk about genius).

We then come to For my City which follows many a rap album's blueprint of paying homage to the place one hails from.Inbetween the Gold Finga patois chorus is a young lad telling you how he pays a dollar to get into the CBD because Kure Kwandinobva,my Chitown and Epworth fam understand this part of the struggle.He still finds time to salute his mother for the sound advice and his Big Shots crew for the unwavering support. 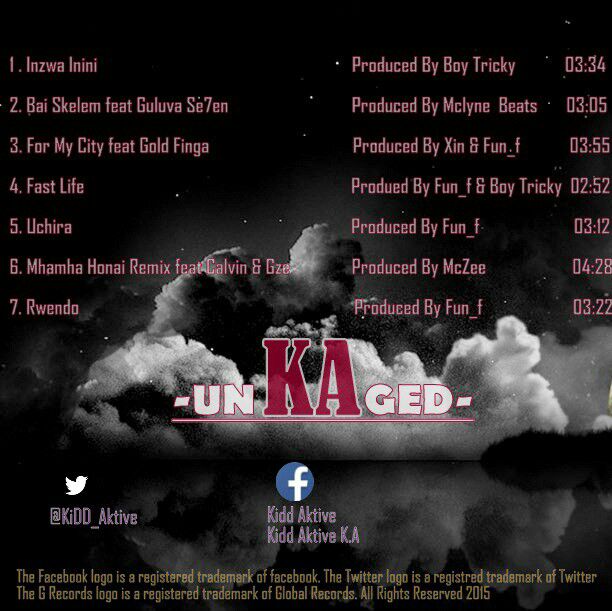 Fast life is probably the slowest jam on the EP,ironic right?.Kidd is laid back and so sure the fast life he is living will elevate him from the dusty ghetto to the green lawns of the suburbs and when that dream comes to life he promises to not forget his mom on that Tocky Vibes (his words not mine).
Uchira is the closest to a love ballad better yet dedication to the fairer sex we get on the project.Its a celebration of all the ladies who can make it clap and drop it low on the dance floor (trap love anyone?).On Mhamha Honai the remix,he continues in the same vein enlisting Cal Vin and Gze to help him fathom the crae things shawty is doing on the dance floor,they fail to and end up nudging shawty's mom to check out her daughter's antics.Though it was previously released before,it still sounds fresh and the trio did justice to the McZee beat.

We close the album on a suprisingly somber tip as Kid Aktive pays homage to his late father on Rwendo.He quizzes him on how his journey to the afterlife was and why he never bothered to write a goodbye letter.He even imagines what it would be like if he and his old man could trade places.This joint is a welcome deviation from the usual Kidd Aktive Joints and a reminder that Trap Kings are human like the rest of us.

The album is available exclusively for sale at the Big Shots studio in Harare,the Basement St Andrews house opposite Jameson Hotel.You can also hala at Kidd on his social media handles to get a copy.