Home 2016 Artist Profile Sharky #20SharkySteen The Year Of The Monkey

#20SharkySteen The Year Of The Monkey

Its been a long journey for Marshall Muchenje from the day he decided to take rapping professionally up until this point were he is about to unveil arguably one of the most anticipated local hip-hop albums of the year. From being a youngin whose music displayed overtones of idol, J.Cole...

Its been a long journey for Marshall Muchenje from the day he decided to take rapping professionally up until this point were he is about to unveil arguably one of the most anticipated local hip-hop albums of the year. From being a youngin whose music displayed overtones of idol, J.Cole, Sharky has managed to grow with each track to the point were he has pretty much forged his own unique sound characterized by heavily afro-centric bars and sounds which are seamlessly fused with Anglo ones and dope beats to create the 'Soko Matemai' appeal. In a few words we try to understand how Soko Matemai as he is affectionately known has reached this point.

Those who have seen Sharky perform can testify his stage presence is something to behold.Dude cut his teeth at the Basement Club during his Bigshots days hitting the stage week in week out at Global Records' trademark Can you kick it shows.He as also been a regular at Twimbos giving hope and has also showcased his art at Shoko Festival a relationship which proved fruitful as Shoko in collaboration with Senegalese festival Festah flew him out to Senegal were footage released has since confirmed what we all suspected for the longest time,music is a universal language and Sharky is a beast in the booth and on stage.

Homeboy seems to have developed a knack for devouring emcees on their tracks. Earlier this year he jumped on a Vic Enlisted (Google him) production alongside Chizzoe and Don Cavelle titled garai pasi and while noone slacked even African Hip Hop Blog had to give Sharky verse of the song. He was also part of another Enlisted banger this time alongside VI the Law, T1, Chizzoe, Venge Raas and Taps and he held his own.He also took time to drop bars on relatively unknown rapper Clarks' single and also featured on the Verseless Philo EP Home on the title track. All this is testament of his work ethic which has seen him juggle a day job and his passion as he raps on killing

Substance and perfection and not fitting into the proverbial box are some of the tenets which have for long set Sharky apart from his peers.While your average rapper dude is busy raving bout their latest threads and bragging about bars they don't got, Marshall has remained humble and is likely to refer to you as 'Mukoma' shona for big brother. He is likely to be found rocking a Mandela African print shirt designed by his mother and some beads which has earned him the affectionate title Hip-Hop Sangoma. He is also capable of making socially conscious music as he did with his break out hit Soko Matemai which is a prayer to his ancestors to guide him on his life journey. The song also had a video which terrorised the Zambezi Magic Charts for weeks on end and got him featured on National television. All these factors have earned him the respect of OGs in the game with a cosign list that ranges from Begotten Sun to Tehn Diamond and even dancehall legend Dadza D among others.

With all these factors considered its no surprise that many are anticipating the release of Sharky's album on the 25th of June.

On the album which he executively produced alongside Dj Krimz and Afro80i he worked with many producers and rappers whom he has kept close to his chest though he assured us they made fire. The launch will be at Moto Republic in the Capital and online streaming links and options to buy will be made available for those in the Diaspora and those who can't physically come to the launch. We wish the young legend all the best as he sets out to prove this is indeed the year of the Monkey. 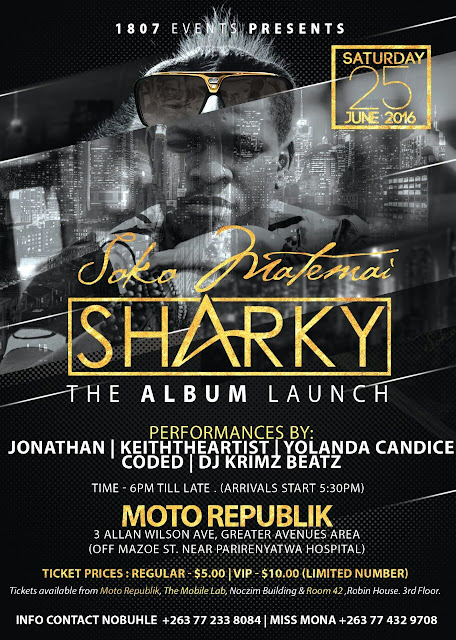 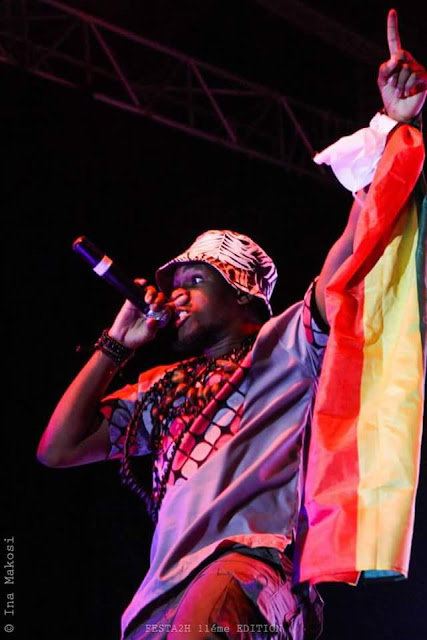