Brythreesixty and Cal_Vin reignited a partnership that gave us Konzeresa remix to deliver one of Bry's finest verses this year,the Gnik produced High Score Remix.In typical ThreeSixty fashion the beat is trap influenced and  best played on quality headphones or those speakers your landlord hates so much.With such a thumping beat Vin and Bry could have slacked on bars and delivery but they actually came through with nice penwork likely to impress crowds from Luveve through Rimuka all the way to Chitown.

Brythreesixty says the joint is aimed at raising the bar in local hiphop and ideally leading him to the top of the log standings with the highest score ever.To that end he has been setting himself up for such a likelihood as a football player would set up a penalty.Cal_Vin is out to tell those who believe he has fallen off that he is still the goal getting Luveve boy we love so much with a healthy sprinkling of hate from some sections of course.With a mix of ndebele and English bars Vin let's us know his numbers and ratings are on marijuana (read high) and he is pulling pretty good crowds to his shows.

The joint is the second Bulawayo feature Bry has done in as many weeks following his collaboration with Maestro IV on Mari Yako Chete.As for Cal_Vin its one of many as he builds up anticipation for his 2016 album launch set to coincide with the Made In Bulawayo hiphop concert slated  for an August date in Bulawayo. 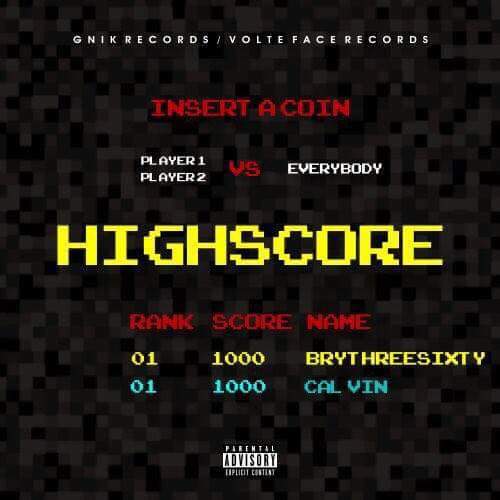