Mandipe: Sharky and Ahsayn dabble in traditional folklore and magic

Ahysayn the beatmaker teamed up with Sharky to for this track taken off his Algorythm album which tells the story of a young fella abducted by mermaids  and forced to live with them for the longest time on a diet of worms and all sorts of rotten delicasies.The abduction turns out to be a blessing in disguise as the worms actually help Mandipe to survive years were many  die of hunger.As a bonus Mandipe's brain is enhanced and he is gifted with great superpowers and on his return the very same people who had no respect for him line up to get help in a classic case of "chaitemura chave kuseva".

Sharky picks off were the vocal talents of Ahsayn leave us to detail the irony of the game and life in general i.e people won't lift a hand to help you in the various challenges you face expecting you to fail.Funny thing is the very same people are the first to ask for handouts and a helping hand as soon as you reach a certain level of success.Soko Matemai further thanks the ancestors for the level of success he has reached detailing how it hasn't been easy but he has dealt with the frustrations and backbiting to persevere although the journey is far from over.Those who are listening would do well to heed the "magical" words of Mandipe though a few are likely to plug logs into their eardrums and shun wisdom.

Smooth vocals from Ahsayn (who also produced the track) and Afrocentric delivery on the part of Sharky aside the track's fusion of an old school R 'n' B sound with the mbira and the soft female backing vocals give it a unique feel and one can almost feel the still whispers of the river Mandipe called home during his stay with the mermaids.Stream the track on soundcloud
https://soundcloud.com/ahsaynbeatmaker/mandipe 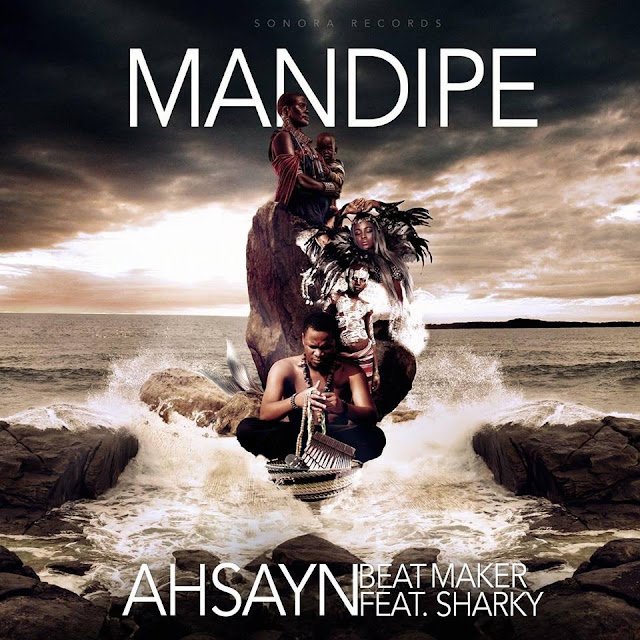