He has been known to set the timeline on fire with his #OffensiveRealNiggaSundays and the equally provocative #ItsHardBeingArealNigga posts on Facebook were he just speaks his unfiltered "truth" and as recently as November he caught a lot of flack when he declared himself the king of all the young rappers under 21.His name is R Peels and frankly it helps that he can spit fire in the booth because let's face it,there is nothing more irritating than a loud rapper who can't back up all the tough talk with real work in the booth.2016 has been a pretty good year for the young king seeing as he launched his own clothing line and shot his debut video Usazvifurire featuring Noble Stylz.He also announced his own stable Mwana WaPharaoh made up of Tich,Tait and him.Its their triple drop one fine Monday which we almost slept on that's the basis of this narrative.

My favorite song in that triple heat drop has and still is Conversations which sees Tich and Peels engage in a dialogue of sorts over a soulful beat.Peels remembers visiting a certain studio and telling Tich to work on his craft and bid his time since the moment and modus operandi weren't aligned at that time.Tich remembers the episode as well and admits he saw the vision but the amount of whack on the streets had him eager to just get his shot on the mic and slay.Fastfoward to today and Peels tells his nigga he is ready and lends him a verse to show how much he believes in him,Tich on the other hand is musing on what should come first the airplay or the guap.

Were Conversations is a journey into soul,VaneMaBaby is a trap banger and Meyniak features alongside Tait and Peels with a memorable verse.The trio take us to the bando (heard that's trapper's paradise) and ask all those who might have deals and the girls to link up.A lot of brag raps over thumping 808s never delivered convincingly never hurt anyone right? Peels unapologetically tells us he has won already and he won't even be staying in our bar to celebrate.Tait brags about his influence in his hood were they play him even when he ain't around and occasionally send him spending money even if he visits his rural homestead.

On HiHiHi R Peels goes solo to detail the life of a Pharaoh that's not going so well hence the hi hi hi( remember your kid siblings threatening to report your misdemeanors to your rents on some,hihihi dakukurevera).Peels is caught between paying a DJ to play his music or paying his lecturers to ace the exams which are beckoning.Add a pregnant girl whom he doesn't care about so much and a Doctor telling him his liver might be faltering and we on the set of Things Fall Apart.However mum comes through with a ten dollar soft loan but the boys show up,drinks are bought and the dollar remaining for transport money gets lost.It being a Peels song its no surprise that the last verse is used to tell unknown rapper dudes that they can't really compare with his intellect.Stream the Conversations promo video on R Peel's YouTube channel.
https://m.youtube.com/watch?v=TMhtYBLBHFM 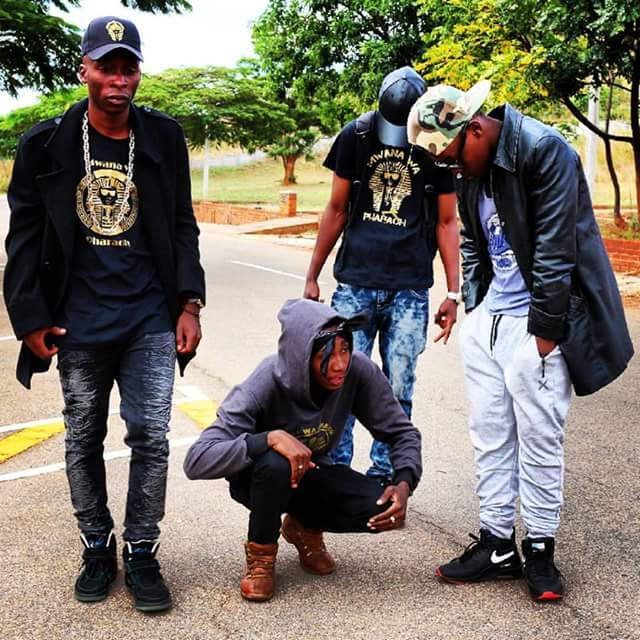