Kapital K has been on a mission to prove to the rest of the world that Zimbabweans can rap like the best of them since day one and that journey has seen him move to Capetown and now Miami though he still finds time to pay homage to the motherland.After announcing a new mixtape dropping on the 31st  of January the boy from Kapcity decided to bless us with some fire visuals to reiterate that a lit mixtape was indeed on the way.He jumped on Fat Joe and Remy's monster hit Kooking and did what he has always done on covers.....overkill.

As if that wasn't enough dude took it upon himself to deliver illy visuals shot on location in Miami to hold us over till the 31st.The video sees Kapital rapping against a beautiful Miami backdrop dressed in all black though his bars are as mean as they come in sharp contrast to the beautiful scenery.His homeys grinding back home get a mention as does his now iconic impromptu performance for Puff Diddy last year.He reminds the competition that even though he is now based in Miami he still pretty much runs Zimbabwe before claiming that the only reason why he is messing up the diaspora is to honour the mans back home who can't really travel. Tons of text might be expended in a bid to describe how awesome the video is but its best to visit his YouTube channel and his Facebook page to get a glimpse of the visuals which are indeed the perfect companion for Kapital K 's flossy yet hard hitting rhymes delivered with the dexterity of a true veteran. 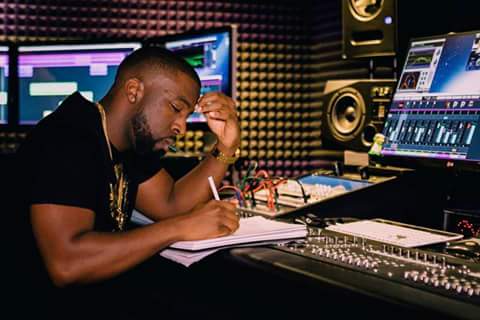