Zimbabwe is a paradox when it comes to music leaning to vulgarity.Society is quick preach impending fire and brimstone to the artists behind such songs but somehow the very same songs become viral hits and permanent members of many a playlist.Thus when New Rules released this anthem celebrating our womenfolk's ample behinds reactions online were very much mixed.Surprise,shock and chuckles were elicited on one hand and on the other approval for such "bravery" on the part of Clady and co was professed. Those who defended the joint pointed out that Jah made the whole nation dance with his dedication to a stripper just recently and Riky Fire did the same before him though the aforementioned tracks are really tame when compared to this particular tune.

As the title suggests the joint is mostly carefree and comical to a degree with a bouncy beat that makes it catchy. Its a mix of trapsoul and raps though its hard to differentiate between different artists and verses since every line has like 3/4s taken up by the M word.A few recognisable names feature here among them Clady Banks and Beav City.Jamal and Thaza handled production on this strictly Chitown track whose sound is noticeably influenced by OT Genasis's Cut It from the chorus to the beat.Though radio will understandably frown on the offering parties and clubs will definitely put it on their playlists and it shall be the theme song of many naughty escapades. 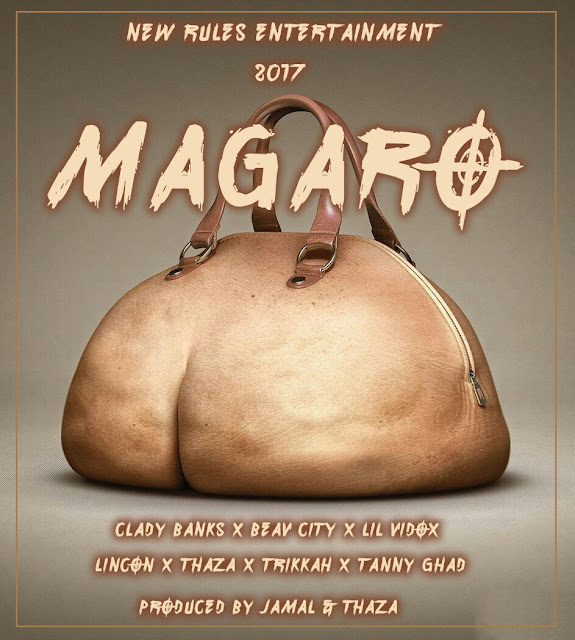