Asaph preaches self worth in Diamonds deserve Diamonds

Donald Dodger Marindire at February 15, 2017 album, Asaph, Charlie Zimbo, Diamonds Deserve Diamonds, Reviews,
Its the month of love and Asaph decided to gift us with a four track EP to match the prevailing mood.For production he placed the job solely in the hands of Charlie Zimbo and the result is a chilled listening experience that leaves all the attention on Asaph's sermon urging humans to know their worth and manouvre life and love accordingly hence the title Diamonds Deserve Diamonds. As such one should only expect the same measure of affection and attention as one gives out to their better half.

Tracks on the project include the freaky anthem things we like  which sees Asaph inviting his girl over and promising her things will get kinky and freaky if she puts on that dress he likes.The dress can only lead to a slow  dance to the song they both like while sipping on that champagne she is so fond of.On the other side of the coin is hello goodbye a two facetted joint about two exes.It kicks of with Asaph missing his ex girlfriend and asking her back but things quickly go south when the girl doesn't swallow the bait and the now clearly bitter boyfriend curses her and lists all the ill things she did in contrast to the good he did.As a result its goodbye to the ex and hello to the bad mamis for a boy who had eaten humble pie and gone back to his ex begging for love.

On no lights Asaph is in familiar territory narrating the triumphs and hard times faced by him and his generation in his beloved Kingsvilla. Rides around the burg bumping that Yiso music and reflecting on the odds they were dealt always end with the boys resolving to shine on even when the lights are off. On diamonds deserve diamonds Asaph summarizes the whole album and reiterates that one must always be aware of how much they are worth and as such they should never be shortchanged plus they should never accept fools gold in exchange for the diamonds they are. 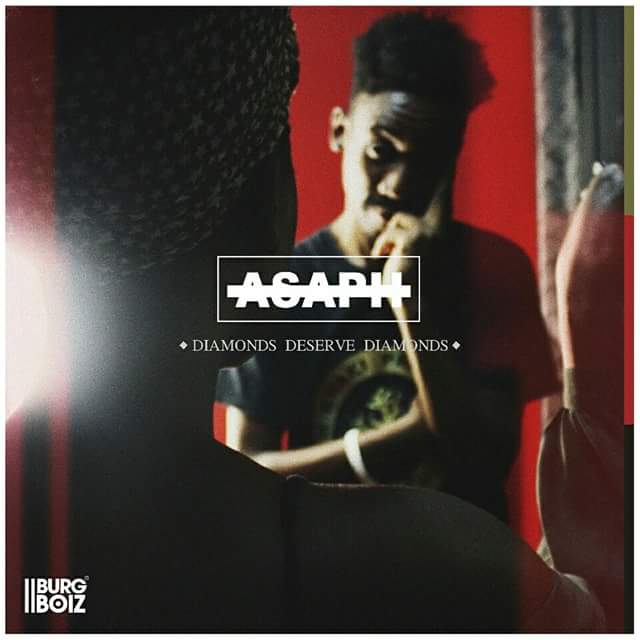