Sometime in 2014 Meynie released his Before Dawn The Sire project and it carried a certain joint produced by Gwagz.Fireworks,was Meyniak's unorthodox take on love as he likened love to fireworks which are beautiful in the night sky to those viewing from afar yet they might be burning the one who was trying to hold onto them in a bid to posses that same beauty.The result is the beautiful chaos characterized by the ups and downs partakers in the ancient art of love will find familiar.

In 2016 Meyniak decided to revisit the same track and rather than settle for 808s and heartbreaks he decided to weep over a grand piano played by none other than Tuqomplex.The original was mood music and this takes it a step further with just the piaono and Meyniak's voice keeping each other company for six whole minutes.The composition of the lyrics changes somewhat and the song becomes a journey from a chaotic begining until Meyniak tucks his restless love into bed.But that's a temporary reprieve because the beautiful war in the sky prevails peharps signalling how love will never be perfect and how one embraces the bad and the good as fate. 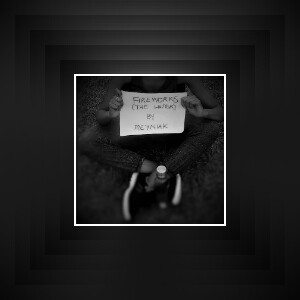