Tulk Munny and Swiska get Paranoid on a Take Fizzo production

Donald Dodger Marindire at May 29, 2017 Paranoia, Swiska, Take Fizzo, Tulk Munny,
Over the years the godfather of Zimbabwean urban music,Take Fizzo,  has kept the streets fed with banger after banger and he shows no signs of slowing down.This time around he teamed up with on fire rapper Tulk Munny (formerly with Star Kids under the name Tinevimbo Chimbetete) and Uptown Music affiliated Swiska to deliver Paranoia.If this is what paranoid results in for the trio count us in when it comes to bumping to the theme songs of their escapades.

The monster beat by Take Fizzo sets the tone for the song and Tulk and Swiska do not disappoint coming through with a mixture of vernacular and English bars that seek to describe what Paranoia feels like to them.For Tulk Munny it's his lazy yet infectious flow scaring rappers and getting him mad props from industry gatekeepers and fans alike that has him feeling some type of way what with "tsagas" spreading rumors that he is now part of the Illuminati.When he gets paranoid all he need is a solo smoke at home but that won't stop him from dropping number after number like a ruler.

As for Swiska he admits it's been a long journey.From starting of with a dream and a dollar till he climbed up the ranks like Shabba up until this point when he is steady chasing those greenbacks except he calls them "Freddy Gualas" in reference to Tulk's fixation with the yesteryear South African icon.All in all his ndebele raps and Tulk's Shona ones mixed with Saxon ones from both of them combined with Fizzo's beat are that heat the streets is always fiending for.
listen here 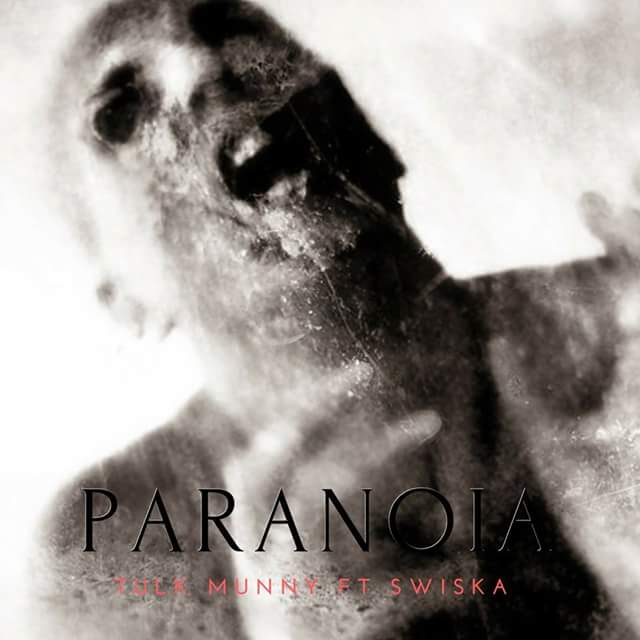