Donald Dodger Marindire at June 06, 2017 Legacy Empire, Marcus Mafia, The Volt,
Legacy Empire C.E.O Marcus Mafia is set to celebrate his birthday at an all-star red carpet event on the 10th of June.The event will be  hosted at The Volt nightclub formerly known as the Book Cafe and it's set to be an explosive one with a lineup that has over 30 artists whom Marcus regards as friends from both HipHop and Dancehall respectively.Some of the artists include Dj Smylie,Abisha Palmer,Meister,Lady Squanda,Kikky Badass,Tkae Chidz,Tigonzi and a few suprise acts.Also available for guests will be a complementary photoshoot and of course ice cold refreshments. 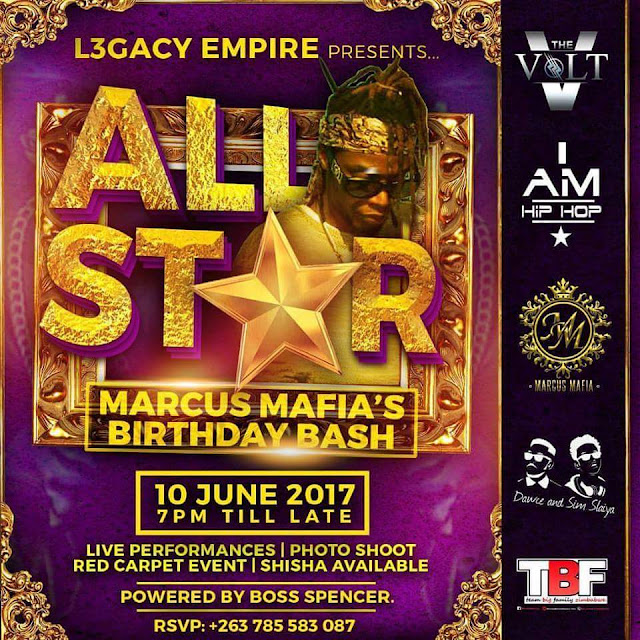