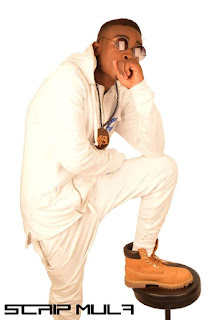 St Mary's native, Young Gamez Entertainment repping rapper Scrip Mula has made it a habit to drop stellar videos for his trap bangers. I first got wind of the young King when he dominated the Power FM chart show last year with his record Christopher Columbus.A quick visit to YouTube revealed an equally impressive video shot in Mt Pleasant by Simba Gee though Scrip and his team edited the song that was all about notoriety gained by being pioneers.

Rather than sit on his laurels Scrip followed that joint with Inyanga and it too had a fire video to match.The song was a warning to his peers that going against him was going to be an uphill task and accordingly the video was shot in the Vumba Mountains to signify a young king at his peak.

Just this year Scrip decided to thank the heavens for his good fortunes by dropping Maria Musande. The song is a thank you to Mary mother of Jesus and the video was shot by Aaron Mheta in St Marys. A visit to the local chapel,drifting cars, drone shots of Scrip and his homeys on rooftops amongst other scenes are all combined and the result is visual gold.

What's noteworthy about Scrip Mula is the fact that even though he is a trap fiend he doesn't revel in adlibs and mumblings but uses the booming 808s to complement actual bars.He recently collaborated with Dobba Don for the Bhawa ranger anthem Hatina Kudhakwa and it will be interesting to see what kind of visuals he has for that song.
Maria Musande, Scrip Mula, Videos, Zim HipHop