Donald Dodger Marindire at March 09, 2018 News,
The University and College audience is prolly one of the most underutilized demographic on the local music scene.Enter Dough Major and R Peels and that is set to change.

The two young rappers have watched as claims of Zimbabwean Rap being materialistic and represantative of foreign culture have been peddled time and again. As such they have decided to take matters into their own hands and partner with other visionary youngins to launch the House Of Hip hop concerts

The initial show is slated for end of March and will feature performances by Peels, Dough Major, Beav City, Tulk Munny and Te3vo at the University Of Zimbabwe.The brains behind the show who also happen to be financing the gig from their own pockets hope to make this a monthly event with different acts each and every month. 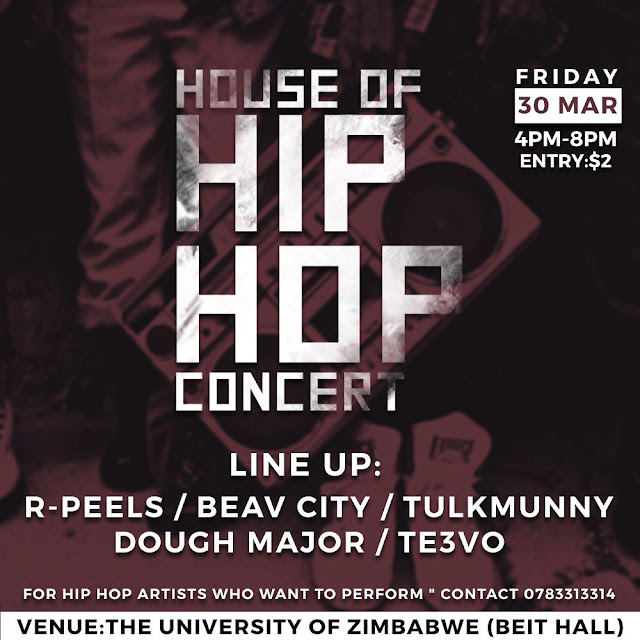