Donald Dodger Marindire at May 21, 2018 News, Zimhiphop,
Ya'll remember when Stunner dropped Team Hombe with production from Dr Clarence and a stellar chorus from Toby many moons ago? The kicks, snares and high hats signaled a shift in the sonical direction of Stunner in particular and Zim HipHop in general. Stunner decided to indulge us with a remix featuring some of the greatest talents from the Zimdancehall and ZimHipHop fraternities respectively.

CalVin gets to carry Matebeleland on his back while Jnr Brown, Noble Stylz, Gze, Stunner give stellar verses. Freeman doesn't falter on the chorus and Andy Muridzo's rendition is hella lit, Soulja Luv lays one of his dissapointing Freestyle verses while Seh Calaz shines, Ninja Lipsy trades her dancehall roots to spit a fire rap verse 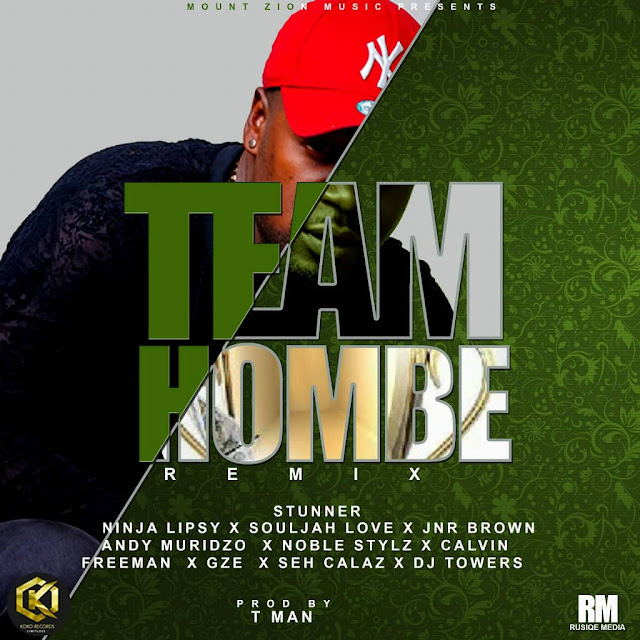