Donald Dodger Marindire at June 30, 2018 Lake Chivero, Lake July Festival, News,
Preparations for the 3rd Lake July Festival are at an advanced stage with the festival's organizers ECRAG set to announce entertainment big shots who will entertain revellers at Lake Chivero from the 27th to the 29th of July non stop. 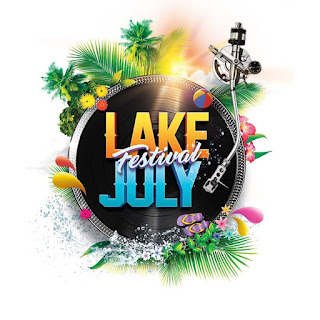 The festival which initially broke ground as the first festival of its kind way back in 2016 celebrates its 3rd year of existence under the theme A unified festivity lets party together. In keeping with tradition Hunyani Hills Hotel on the shores of Lake Chivero will be the main venue though the whole Lake and areas around it are open for business with a lot of activities to keep patrons occupied being planned 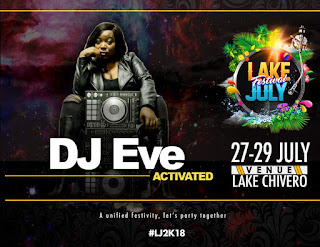 The 27th will serve as a warmup with a Bonfire Party dedicated to festival goers dedicated to the religion of Lituations.The Big Turn Up is for those who want to party on the beach while the 29th will see the mother of all Shutdown gigs close off festivities.Tickets go on sale on the 17th of July at selected outlets among them Chicken Slice,Talk City Joina and Total Service Station Samora Branch.

For accomodation packages and details on how to partner your brand with this Festival whose attendance is often in the thousands do talk to the Lake July team  on infolakejulyfestival@gmail.com