Donald Dodger Marindire at July 04, 2018 Randomness,
The month of July is here and that means the ultimate party on the lake shore is here.As anticipation for the Lake July Festival builds up organizers of the 3 day fiesta have been activating a variety of Djs to rock the crowds when the day of the festival arrives.Young,old,male,female  all demographics are catered for as are multiple music genres. 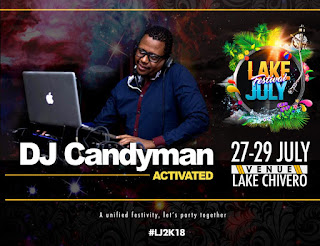 From Global Vibez Sound comes Dj Candyman whose old school sets have gained him the respect of many a reveller.Dj Candyman rose from the dusty streets of Glenview  and took his skills across the oceans to Dallas Texas and Toronto Canada where he became one of that country's top spinners.Lately he has been a staple at Centurion and he guarantees decades spent djing will translate to a litty set at Lake July 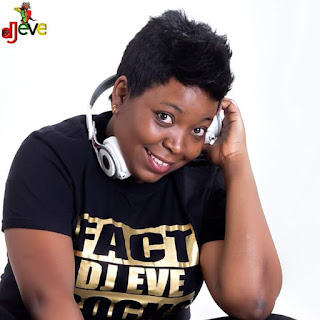 Dj Proffesor will  bring his 10 years experience playing the club circuit to the Festival.He is no stranger here having played at various Lake July Fests and at  the November Braai  Fest so he really knows his way around a festive crowd 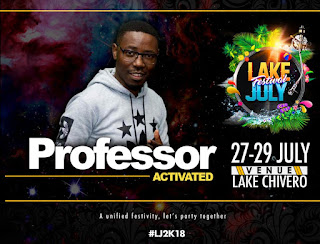 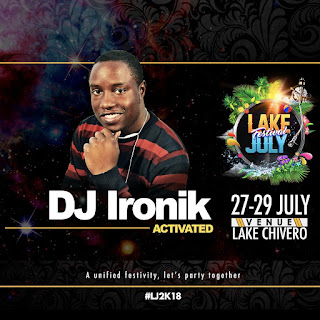 .Dj Ironik who describes himself as an all round club scene maestro is also set to hit the stage and he had this to say
"Ironik gives you that dose of energy to have fun but be warned because he is so addictive and dynamite comes in small packages"
Representing the ladies is DJ Eve whose work at the Big Turn Up and ZiFM speaks for itself.Dj Eve who also happens to be an actress has wowed Lake July before so this should be light work for her.Dj Langton B who is a resident Dj at Newscafe Borrowdale will be making his Lake July debut but he has previously excelled at HIFA Big Turn Up and the Donald concert.He will debut the Ama Piano sessions at the festival to complement his usual mixes which usually contain deep house,afro deep,old school hiphop.He had this to say about his Lake July set
"Expect fireworks,new music,fresh house remixes on my set,you dont wanna miss it" 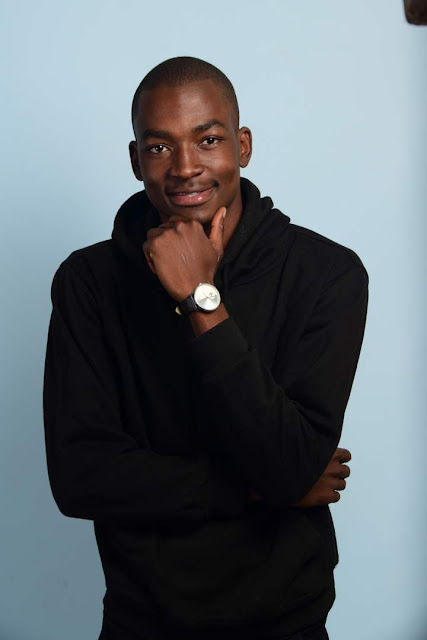