Donald Dodger Marindire at September 07, 2018 Event, Shoko Festival,
Zimbabwe's biggest and longest running urban Festival is back for another edition with a stellar lineup that is tipped to give reveller's value for their hard earned money.South African gqom sensation and the creative force behind Future Ghetto Punk Sound Moonchild Sanelly will bring her outrageous style and eclectic stage perfomance to Harare for the first time ever.Fans can look foward to dancing along to her hits which include Rabubi,Fuck Boys,We Mameh as well as her collaborations with Dj Maphorisa which include Midnight Starring,I Walk YePhara and Makhe.

Asaph who is arguably Zim HipHop's man of the moment brings a strong catalogue that includes 3 albums,an EP,countless singles and his monster hit Mambo to Shoko Festival a few weeks after dazzling fans at Unplugged.Award winning South African comic Farhan Esat completes the list of headliners and he is set to be the drawcard for the REPS theatre comedy night which should be light work for him after succesful visits to Zimbabwe in the past for Feel Good Zimbabwe Tour and Kansime's comedy night respectivelly.

This year's festival will be held at different venues with Asaph and Moonchild as well as a number of yet to be named supporting acts set to shut down the  Harare City Library grounds on the 29th of September before proceeding to Chitungwiza Unit L Community grounds for Peace In The Hood.The comedy night will be at REPS theatre on the 28th while New Media practitioners,artists and the general public can look foward to a number of workshops and seminars among them the Hub Unconference and the 2nd annual Zim Hip Hop Summit. 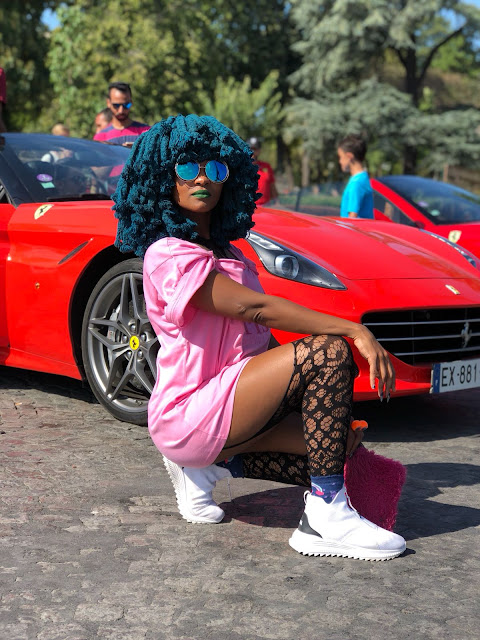