Donald Dodger Marindire at September 03, 2018 News, Zim hip hop,
Rap Orators is a four man group from Kwekwe made up of Big Brotha Moss,Milas Mac,O.S.E.E and A.K Squad 11.The group was formed in 2012 and back then English was their favored means of spreading their message and bars to the populace.A producer they were working with told them to fuse Shona in their rhymes and life was never the same.To date they have released 1 project titled Fathers of Rap which did not receive as much attention nationally though singles off the album like Nevanji and Ghetto Raparara did move numbers.

In 2018 they are looking to change the lukewarm reception their debut generated with a new album from two members of the crew i.e Moss and Milas.The project which has a 7 September release date is titled Inzwa Unzwe and it was produced by Kwekwetown producer  Dj Themba and the crew says its an apt description of topical & not so topical issues facing ghetto youths delivered in a non corny way.A single from the album "Gundamusairira" has already been released with a lyric video on youtube and the soulful beat meets profound lyrics combo points towards a solid sophomore from these ghetto mouthpieces. 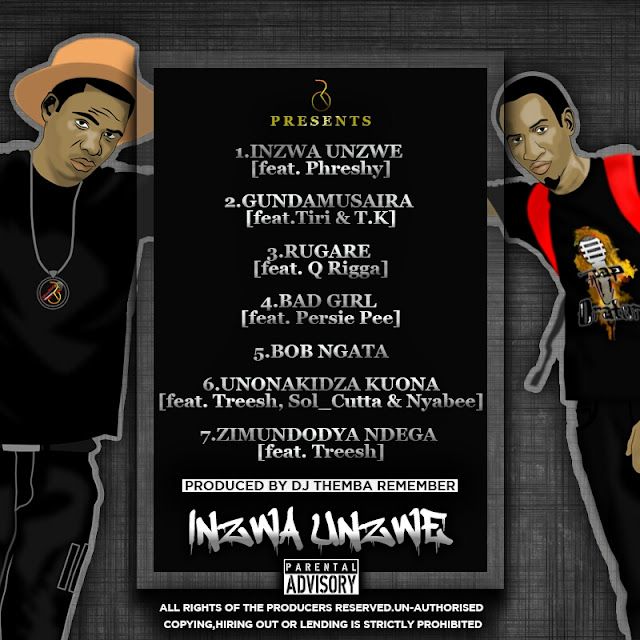