Mlue Jay gets nominated for a South African Award

Donald Dodger Marindire at September 09, 2018 News, Zim HipHop,
Mlue Jay's mission to export Ndebele Rap beyond Zimbabwean's borders received a major boost with his recent nomination at the 2018 Live Your Dream SA Youth Youth Awards.The Bulawayo rapper who is currently based in South Africa is up for the Best Upcoming artist gong and voting is already underway on the award showcase's Facebook page and SMS plattform and he needs as many votes as he can get  before  November when the ceremony takes place.


Mlue Jay has previously won the  Best Diaspora award at the Changamire Hip Hop Awards off the strength of his debut album Picture Paint.The youthful rapper is a qualified sound engineer & music producer having studied Sound Engineering in South Africa will be hoping to scoop this award to vindicate the faith in his art which saw him leave Zimbabwe for Johannesburg to actively pursue his rap career. 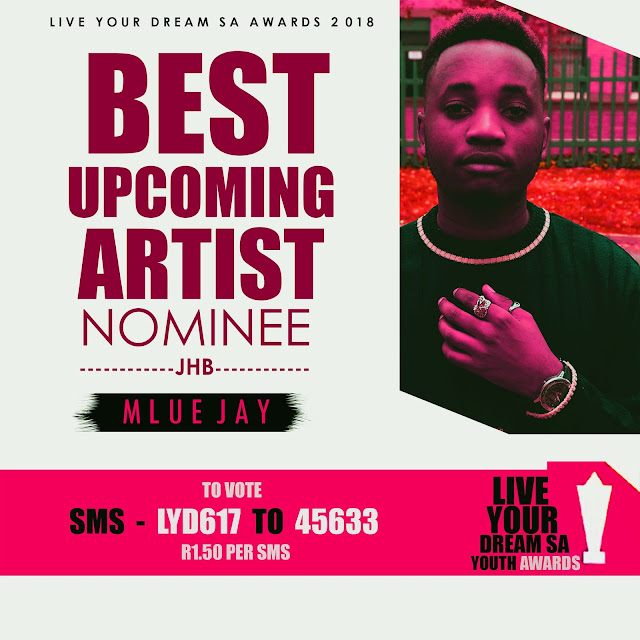