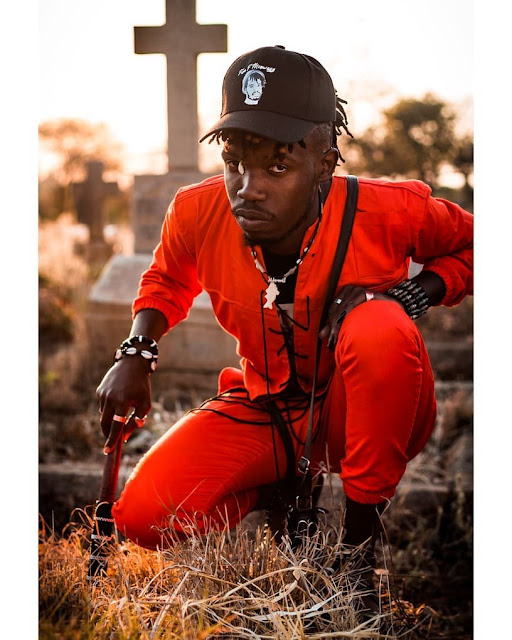 The Ndaramu trap king FishF McSwagg is always serving us trappy afrocentric vibes and we are here for them every damn time.His latest drop is Mbali Yami,a visual offering directed by Mthabisi Onias.Mbali Yami is a tale of three souls tied together by love and friendship albeit unknowingly.Two friends woo the same girl and she is unable to resist their charms accepting them both.Good times are had by all and letters written (carefully stored in a Kango teapot) culminating in a pregnancy which results in a miscarriege unfortunately.Friend 1 tells Friend 2 who advices him to look for evidence of juju leading to the discovery of our kango teapot,a fight and ultimately deep depression that sees Friend 1 drinking his sorrows away.Friend 2 steps in to comfort their mutual girl but discovers the teapot with its contents  too leading to a heated fight which sends the girl to the tomb of her child where she meets the shell of what was once the majestic father of her late child.