The life and times of Leonard Mapfumo in his own words 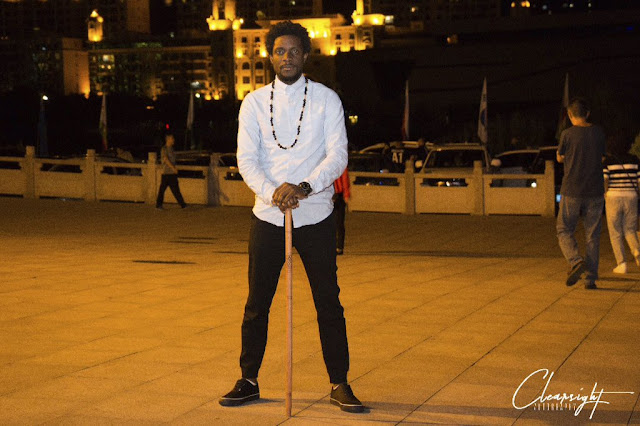 My name is Leonard Mapfumo aka naMapfumo/Kule. First and foremost I am a musician and I have been producing records since 1999. I am an Artistic Director for Jacaranda Culture and Media Cooperation, the Vice Chairman for Beacon of Hope children's home, a brand ambassador for Dengu Online, former ambassador for Dance4lifeZimbabwe and I co-own a record label Heshi Mfeshi

My big break into the music industry came with the release of my first single Seiko featuring a long-time friend Rockford Chitsvatsva Josphat aka Roki. I have since released 5 albums namely The R&L 40 track album the first half, NaMapfumo, The  Journey ,The road to Israel and Access point 414317. I am featured on 3 compilations Galaxy studio volume 2, Chamhembe 1 and 2, I have had 8 number 1 tracks and 22 songs that have been on Zimbabwean chart shows. My track Maidei featuring Kevie and Exq still holds the record for the longest number 1 record on the Zimbabwean charts.

I am passionate about mentoring/ helping young and upcoming artists in a bid to grow Zimbabwean arts within and outside Zimbabwe. I am very much driven in mentoring artists who create responsible content under my mentorship program. I have worked with artists such as Taurai Mandebvu, Shinsoman, Yaka, Yoz, DJ Mbale just to mention a few and currently am working with Nyasha David, Souldeep, Those guys vacho, Union 5 and Fusion 5. I am also passionate about the fight against HIV and AIDS pushing for an HIV free generation.
Artist Profile