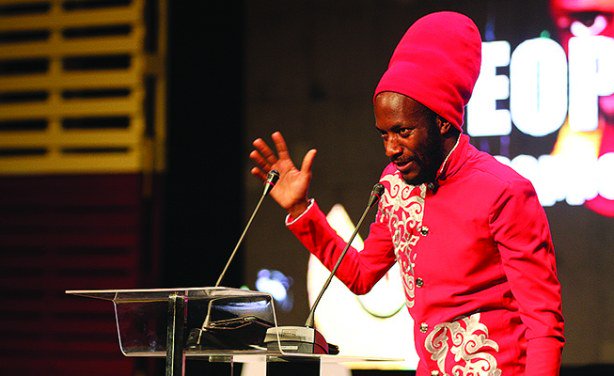 For his latest single the Ninja President Winky D saw it fit to ride the trap wave that seems to have taken over the world.He initially released a sick trailer of the video and talk around these digital streets was that Winky D wanted to kill hype around Jah Prayzer's album launch with arguably the greatest video of his illustrious career.The day of reckoning came and both gentlemen had their fair share of the spoils with fans gravitating towards their faves.

Titled Paper Bag Winky's moneychasing instant anthem was produced by Oskid with the impressive visuals being shot by little known SOS.Gaffa's lyrical prowess is evident as he adopts a trappy flow against a backdrop of movie like money collecting erands,parties with fly chicks and walks around the block with his goons.He even finds time to ride around in a Maybach as Japanese subtitles play on the screen before he ends the video with a gun pointed at a nemesis we can only assume had tried to mess with the bands in his Paper Bag.

Reactions to Winky's hiphop drop were mixed but mostly positive.Dancehall fans are adamant he is Zim HipHop's saviour while sceptical rap fans said he was clout chasing by dabbling in HipHop though they were quickly reminded by more sober minds that Winky might actually have more clout as an individual than many rappers put together.Some rappers saw the move in a positive light saying it would shine a light on the largely unappreciated talent hub thats ZimHipHop.The biggest cosign came from youthfull politician Nelson Chamisa who hailed Winky as a force to reckon with in the arts sector.Calls for a remix featuring the biggest names in local hiphop have been made and only time will tell if the Ninja President pays heed to this call.Other rappers like Cal Vin took matters into their own hands and quickly dropped raps on the Paper Bag beat while Rusape based producer Splits Louis already has a Paper Bag instrumental remake up on his youtube channel.