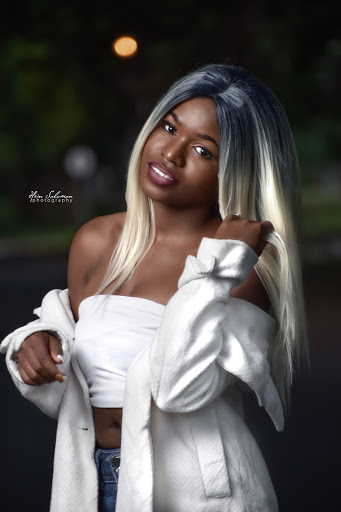 From the small city of Kwekwe comes Precious Herschneider Frank better  known in Zim Hip Hop circles as Phreshy and she is on a mission to add value to the Hip Hop scene by  telling her story in bars from the percpective of females who are vastly underrepresented in the genre.Currently she is on a press run to market her latest release a single titled 'Cold' which was produced by Vic Enlisted and is set to appear on an EP she is working on.

Miss Frank entered the proffesional rap scene in 2014 but she cites her family's love for music as an early influence that helped inform her decision to chase after that Mecca firespitters and wordsmiths aspire to reach in their lifetimes.To date Phreshy has worked on a few singles e.g My time,cyphered with DaRuler,Mel C,Tru North & Nina Grande besides lending her voice to projects by peers in the industry.She agrees that the music industry is not for the faint hearted having faced her fair set of challenges in her quest to blow up.

For starters the  industry is mostly male dominated and society has a tendency of pitting one femcee against the other as if many Queens can not create magic and coexist in the same space.Also up until recently Phreshy was juggling studio sessions with study time for a degree she was pursuing an exercise that put her multitasking skills to the test.Having recently graduated Miss Frank can now soley focus on the music and she has wasted no time promising an EP in the first quarter of the year.

On production she has enlisted the help of seasoned producers like Vic Enlisted,Rayo Beats,Amvis Instrumentals and Toga to help her craft a sound thats unique to her.The feature list for what will be Phreshy's debut full length project has names like Natasha Muz,WaMambo,Rap Orators,Jungle Kid with more heavy hitters set to be announced as the EP's release date draws nearer