Home Unlabelled Union 5 in studio with Mr Eazi and Diplo

Union 5 in studio with Mr Eazi and Diplo 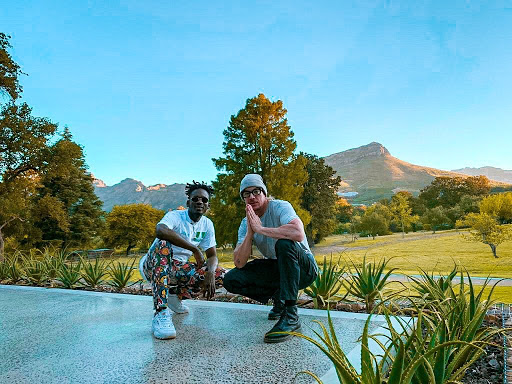 In 2016 Tafara Dondo better known by his stage name Union 5 was one of the many hopefuls trying to impress judges at a local talent show and prove that they indeed had talent.He did impress the judges and pocketed a cool $3000 for his pains in what could have been the peak for any teenager practicing art in Zimbabwe.For Union 5 the journey was not over just yet as he went on to polish his production skills,rapping skills,beat boxing skills until he ultimately dropped his HYPE tape,opened for Nasty C in Harare besides playing a few gigs in China.

Now the year is 2019 and the 20 year old multitalented artist is breaking new ground for Zimbabwe and himself.Union 5 is currently locked up in studio with 9 other upcoming artists from around Africa for a mentorship programme being conducted by Empawa Africa in collaboration with Mr Eazi,Diplo,Dj Edu and Shekinah.Besides being mentored on how showbiz works and how to break one's brand to the world Union 5 and his classmates get to work on new music amongst each other with input from Eazi,Simba Tagz,Diplo,Shekinah amongst other top African acts.

That Union 5 even made the top 100 is amazing because thousands of artists applied for the programme with Mr Eazi and his team handpicking their favorites.From the 100 the list was further scrutinized till only 10 remained of which our boy was one of the chosen 10.Before going to the Empawa Africa Masterclass Union 5 made sure to gift us visuals for Hona Magetsi one of the standout cuts from the Hype EP.