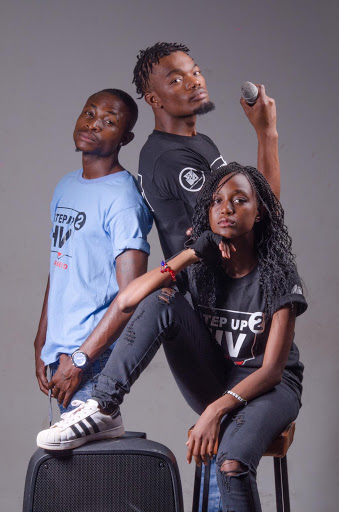 Jibilika Dance Trust will this Saturday 6th of April 2019 host an event in Glen-View 3 three dubbed POSITIVITY. The event will host a street parade in the community of Glen-View and Budiriro leading to the venue of the event. The HIV themed march will comprise of performances from a school brass band, skaters, dancers, acrobats, fire eaters, cheerleaders, artists, community organizations, students and HIV / AIDS organizations from Harare.

The procession will end at Glen-View 3 Shopping center where 10-meter wide graffiti mural was set painted. The event will see the unveiling of the mural titled the PEPFAR Legacy project to mark 15 years of the US Embassy's US President’s Emergency Plan for AIDS Relief's existence and support towards ending HIV in the country through various initiatives and funding.

The official guest will be Dr. Shirish Balachandra the  Country Director for the Centre for Disease Control (CDC) in Zimbabwe. Several dignitaries are expected to attend.

It will also have a dance battle where the winner will dance away with $350 prize. During the event, there will be several booths with organizations providing information and sexual reproductive health services, free testing and counseling.

The event is a continuation and last part of the POSITIVITY campaign we started in December 2018 that saw us produce a song and video with 12 young amazing Zimbabwean artists that include Tamy Moyo, Probeatz, Masa, D-Blok, Vera, Dingo, Biscky Likho, Nargee, Mwenje Mathole, Maestro IV, Nutty O and Alchemy. After the launch, Jibilika went into several communities and hotspots raising awareness through engaging performances, distribution of CD /DVDs, stickers on public transport and PSI_Zimbabwe provided free counseling and testing. The Mural and a street parade were set as part of the activities which will now happen on the 6th of April 2019 in Glen-View 3, Harare.

Our goal is to immortalize the crucial message on HIV prevention and celebrate the achievements of the society in fighting stigma, reducing new infections and for everyone infested to seek early treatment. We thought a Grafitti mural could create that impact. A painting that speaks to the youth on HIV and celebrates the 15 years of PEPFAR’s work and support of improving health service delivery and get to end HIV in Zimbabwe. A Cool, youthful, colorful and visual that can easily communicate to the community and go viral as people take pictures, videos etc on it and share. The mural was painted by Caligraph duo of Marcus Zvinavashe and Nyasha Jeche.

The Mural is the last Part of PEPFAR's 15th Anniversary commemorations which Jibilika started in December of last year with a 15-day outreach campaign we started last year in December as a continuation of our Step Up 2 Hiv project.

Jibilika Dance Trust is a youth run Non-Prot Organisation that promotes various elements of youth culture for positive social engagement, economic empowerment and youth development founded in 2007. Our work empowers the voices and creative skills of young people through innovative artistic programming, mentorship, and training in schools and communities. We work on strategies and training to professionalize young upcoming artists, spreading messages focusing on positive life choices, especially with regards to the HIV/AIDS epidemic and drug abuse in the country.

For 6 Years we have been running an award-winning HIV / AIDS intervention and awareness program called STEP UP 2 HIV with support from the U.S. President's Emergency Plan for AIDS Relief (PEPFAR)

The US President's Emergency Plan For AIDS Relief is an initiative to address the global HIV/AIDS epidemic and help save the lives of those suffering from the disease, primarily in Africa. The focus of the PEPFAR program is to achieve epidemic control, which is defined as the point at which new HIV infections and AIDS-related deaths have decreased and new infections have fallen below the number of AIDS-related deaths.