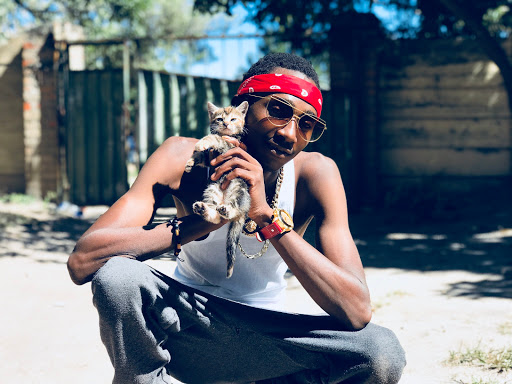 1. On Sunday R Peels woke up with the need to tell the world what he thought about the state of female rap talent in Zimbabwe.Turned out he wanted all and sundry to know that he was not impressed with Zimbabwean female rappers who have plied and are plying their trade this side of 2010

2. A few cats seemed to agree with his pov that female rappers are lazy but the majority took to their Facebook walls and his to tell him his thoughts were untrue and uncalled for.

3. Longtime mentor and friend Noble Stylz took the opportunity to remind Peels of certain female rappers who had welcomed him as a brother,helped him during his comeup.Noble even went as far as saying some female rappers had outperfomed Peels in terms of stats from awards,stages killed and chart shows.

4.Lady K a hiphop radio host rhetoricaly asked what Peels was smoking but the question being rhetoric did not stop Kikky Badass from replying "MaSoft Wire aanosunga muhuro"

5.Begotten Son took to his keyboard to explain that while he did not fully agree with what Peels was saying ultimately Peels was entitled to his opinion.Keep It Real Friday podcaster/retired rapper Brian Willis told R Peels to not let ego influence his mindset since a lot of females had better videos than him.Brian Willis later apologized to the nation for overhyping R Peels and declared #OperationBandeKuvafana to discipline truant young rappers eventually unfriending R Peels.

6.Multitasking blogger and respected Zim Hip Hop head McPotar made it clear R Peels was out of line as did Dj Krimz who at one time signed Peels and introduced him to the Zim Hip Hop fraternity


8.McPotar also took to the booth for a scathing rebuttal to Peels titled Usazvifurire which ironically happens to be the title of a song Peels did with Noble years back.


9.Lady Kuda tweeted how she thought the R Peels diss was weak while Ray Dizz asked why Zimbabwean rappers prefer dragging their sisters instead of uplifting them.The majority of the internet thinks Potar lynched Peels but a few say Peels took this one chief among them being Brian's KIRF cohost Seletine.

10.We are still waiting for action or lack thereoff from other parties attacked by Peels but popular opinion seems to suggest that many people will just disregard the Mwana WaPharaoh boss's shenanigans because they dont want to give him undue relevence.
News, Zim hip hop